Problem statement: We should be able to comment & annotate long-form media at specific points in time on its timeline as it is increasingly becoming the preferred medium.

Why not just show a histogram of where most of the comments are and provide a resizable window as an additional widget on the timeline (in addition to the progress cursor) which can filter comments & annotations based on the range and display the threads below Reddit-style with sorting & filtration options? Here's a screenshot of precisely that (ignore the colors & bad style): 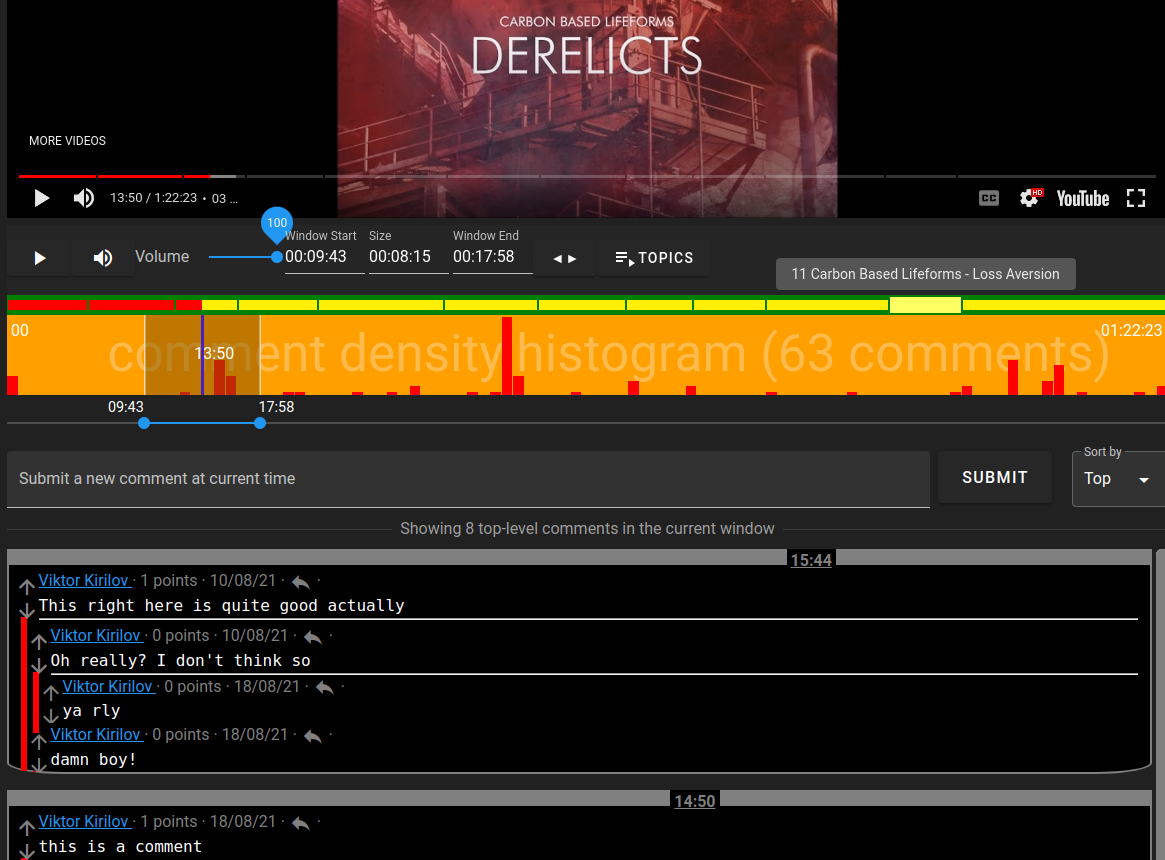 The ultimate audio/video player can offer a lot more than just a comment histogram - it has the potential to be a vibrant social experience:

Here's an older video showcasing this UI (can't resize the window with the mouse yet).

This is nothing like SoundCloud where tiny overlapping rectangles with profile pictures are rendered on the timeline that you can just hover with the cursor to see the comment nor like YouTube where you can write a timestamp (hh:mm:ss) in a comment which becomes a clickable link that fast-forwards the player - fighting it out with the other 20 000 comments in the single linear vertically scrollable section of a 3 hour long podcast and hoping to be noticed - both are horribly insufficient and unusable. For both of them comments are just an afterthought - it is extremely hard to discuss specific parts of long-form media & for good localized signal to actually surface & be noticed.

Challenges in the current web2 world

How would this work as a web2 company?

Contrast that to a web built around Headjack: