These are the guiding principles when aiming for mass adoption of Headjack:

It is highly improbable that the masses (and even most crypto natives) would tolerate services that are much worse (slow, limited & cumbersome) and most of the competing attempts for decentralizing media are nowhere close. There are a few aspects to retaining the comforts and UX of Web2 that we've become so accustomed to: 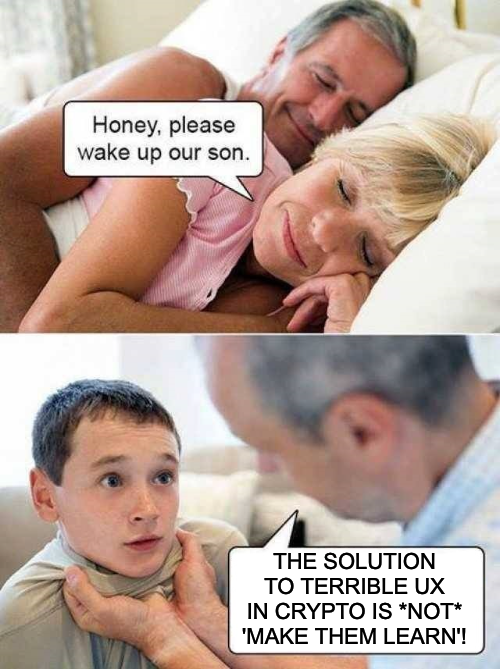 People grossly underestimate the size of the web and the required infrastructure. Here are some decade old twitter, google and other statistics and a few articles about what it takes to run Twitter: 1, 2, 3, 4, 5. What was going on within a single minute of 2021 is truly mind-boggling: Headjack follows the UNIX philosophy - it focuses only on identity (identifiers represented as numbers & name ownership) & linking data/actions to it without trying to do anything orthogonal (data storage, KYC, profiles, privacy, finance, etc.) that can be layered on top. It doesn't impose constraints on what could be built around it - separation of concerns. All kinds of systems with their own incentives, cryptoeconomics & guarantees can be implemented on top of this identity layer & addressing. The on-chain vs off-chain tradeoff and what goes into the blockspace is as follows:

It must be obvious & provable that the network has a credible path to handling billions of users if entrepreneurs are expected to jump on the opportunity. The easiest mental model will win over developers and users - singletons & opinionated frameworks with a concrete direction are much simpler than a fractured landscape of standards, chains & bridges.