This chapter will explain how all off-chain messages (actions/events/content) get published:

Applications accumulate off-chain activity from users which they cryptographically anchor in batches with a Merkle root on-chain and they determine how often to do so (it doesn't have to be on every block) - those with little activity may submit only once per minute or even less often - the frequency is determined by applications based on the volume of activity and the on-chain publishing costs.

When enough activity has been collected it is time for the application to finalize the batch: it is packed in a blob and all the events generated since the last anchored batch are sorted & grouped by accounts in some deterministic way (perhaps accounts based on index and actions based on the type/sequence) with some schema with the following steps:

The only 2 things that are signed & submitted on-chain are thus the Merkle root and the IPFS CID for the next nonce (auto-increment counter) associated with the application account. 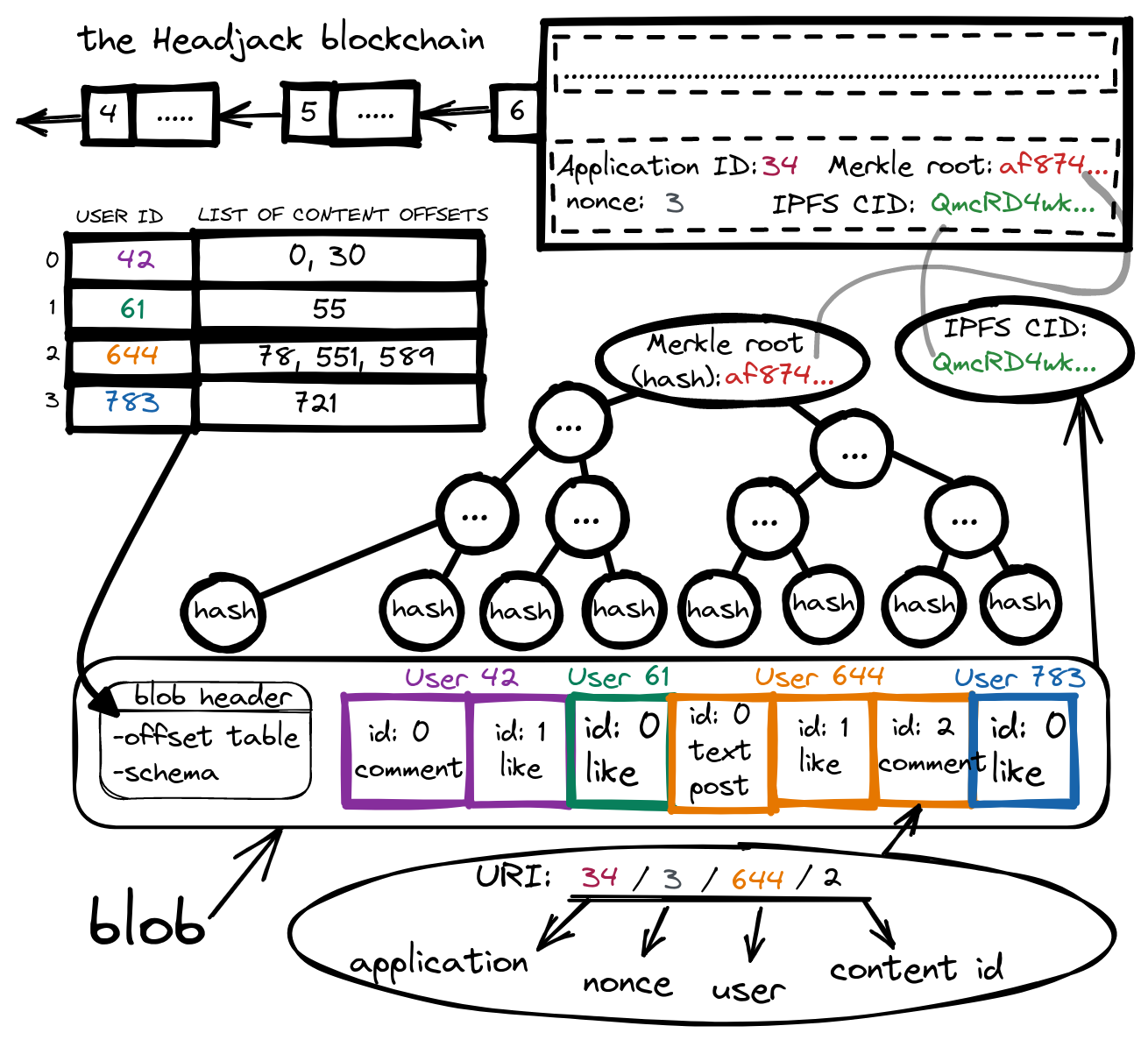 Applications maintain the logical order of events for the future batch in maps in order to provide intra-blob addressing even before it is fully constructed - as an example if a user posts an article and immediately after that comments on their own post - the comment should be able to refer to the post which is not yet committed on-chain. Applications will also display activity by other accounts that is not yet anchored and the interactions can still use the proper addressing when referring to the yet-to-be-anchored messages (the next nonce number is known in advance). Any type of interaction is addressable and sequenced in the blobs - including reactions (likes, etc).

Each account has an associated auto-increment counter (nonce) for every time they submit an anchor for off-chain content. So if an application has submitted 2 times already, then the next submission will be with nonce == 3. The blockchain keeps a mapping in its state for each previous nonce value to the block number when it changed so that <application_id>/<nonce> can be translated to which block has the Merkle root anchor & IPFS CID for the blob that corresponds to that nonce for that account.

Once a blob is fetched through the IPFS CID (hash) we can address specific events by using the offset index in the blob header so a URI like <application_id>/<nonce>/<user_id>/<content_id> can point to a specific post, comment or even reaction (activity is grouped by users). The content ID for a specific user is usually a small single-digit number and is necessary only if there has been more than 1 interaction by that user through that application for the given nonce (maybe rare). This is what events with URIs referring to each other looks like: 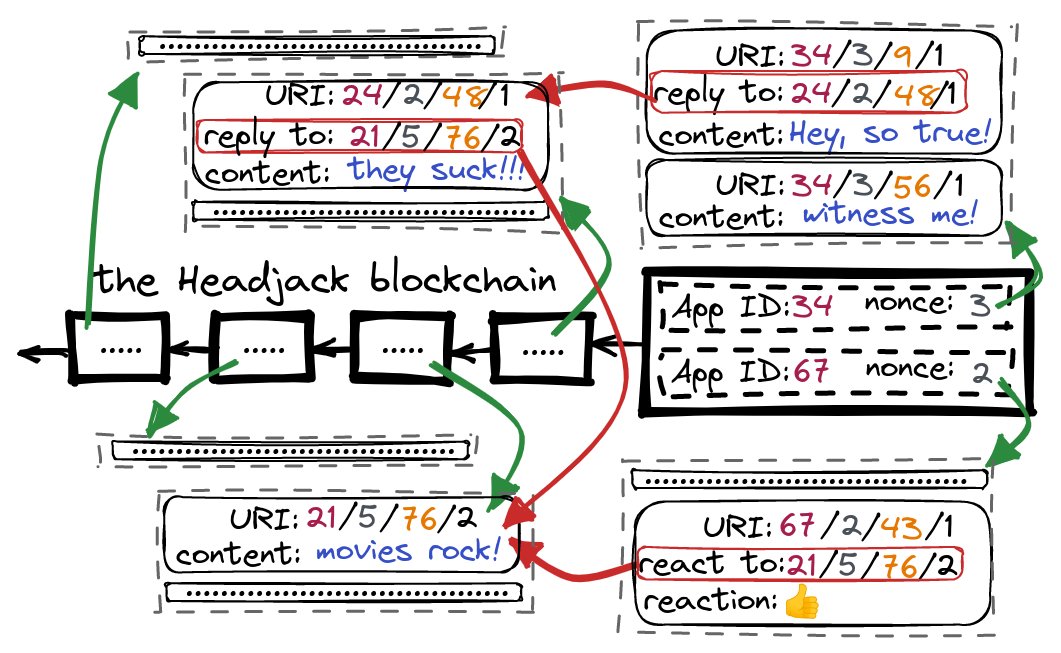 The blockchain can be queried if the application was allowed to post content on behalf of the user with an on-chain authorization (which probably happened through an IDM) when that specific block was published in order to determine if the activity is authentic - the state keeps information for each account such as since what block number a given application was authorized to post on behalf of a user (and until when - all ranges). Users may avoid using IDMs and explicitly sign their actions in which case their data will be accompanied by their signatures within the data blobs and the only check required will be for the user keypair used for the specific block number.

Steps to prove the authenticity of a URI

To recap - to prove the authenticity of any event with a URI:

URIs are persistent as long as someone hosts either the individual event + the Merkle proof or the entire blob (and can reconstruct the proof) and knows to which block it was anchored (from the <application_id>/<nonce> => <block_number> mapping). The following chapter shows how names in URIs are persistent too (even if user/application names change ownership at some point).

A few other notes